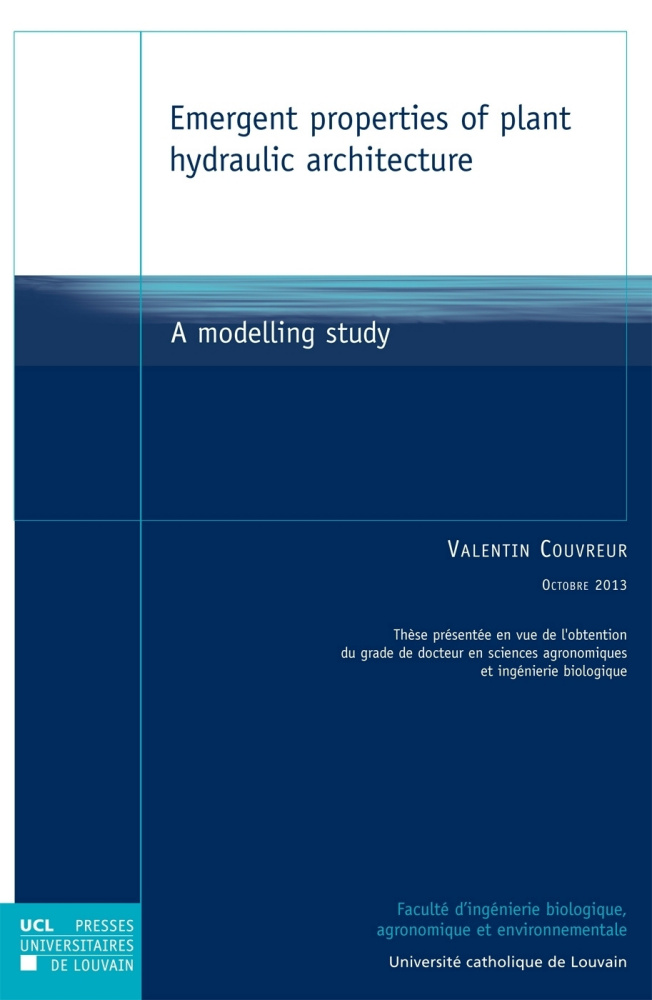 In a context of increasing needs for food production and limited availability offreshwater for irrigation, understanding the process of root water uptake (RWU) at the plant scale has become a key issue. This study demonstrates that simple laws... Lees verder

In a context of increasing needs for food production and limited availability of freshwater for irrigation, understanding the process of root water uptake (RWU) at the plant scale has become a key issue. The complexity of root system hydraulics as well as the difficulty to measure RWU has made of modelling a valuable tool to investigate this process. However major limitations exist regarding (i) the cost of characterising root segments hydraulic properties, and (ii) the computing time of RWU from that scale.

This study demonstrates that simple laws, governing RWU at the plant scale, emerge from water flow equations at the root segment scale. In conditions of uniform soil water potential (SWP), RWU is shown to be distributed proportionally to standard fractions (SUF) along the root system. Under spatially heterogeneous SWP, a compensatory RWU term proportional to a root system conductance parameter (Kcomp) is added, which increases water uptake at locations where SWP is higher.

Eventually, another root system conductance parameter (Krs) defines leaf water potential from both plant transpiration rate and sensed SWP, which, itself, is the SUF-weighted-mean SWP.

The emergent hydraulic parameters (SUF, Kcomp, and Krs) have a physical meaning and may be estimated or measured directly at the plant scale. They are also shown to be intimately related to the water flow available to plant leaves for transpiration, and may be useful complementary indices to characterise crop strategies against water stress. In addition, the identified emergent properties allow an extreme reduction of RWU computing time, and may even be used accurately in one-dimensional spatial discretisation for densely seeded crops such as wheat.

The Impacts of environmental change on water resources