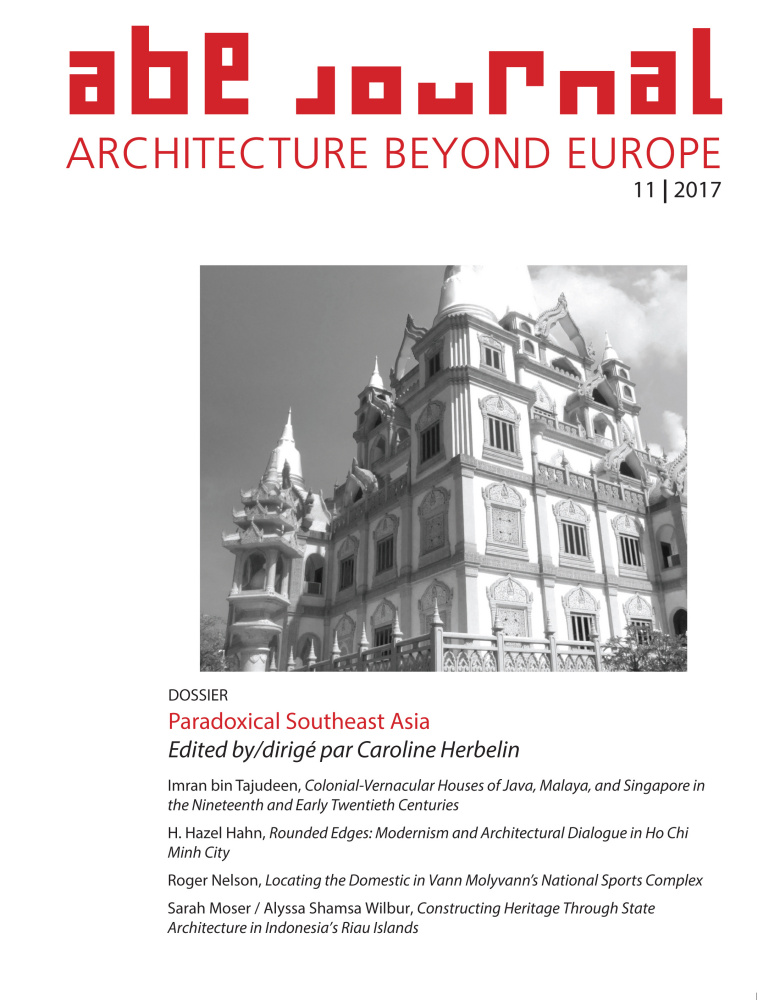 In Southeast Asia, a space characterized by intense regional and global traffic networks since the sixteenth century, the architectural landscape is often seen as a palimpsest of styles. Read More

The hybrid and syncretic nature of Southeast Asian architectural forms is seen as the result of the successive waves of contacts that marked the history of this part of the world called by some the "Asian Mediterranean" (F. Gipoloux). In this genealogy of architectural types, the colonial moment has been often considered a rupture that introduced radically new forms in vernacular architecture. Following this logic, the late twentieth century and early twenty-first century are considered as moments of further intensification of this architectural acculturation. The adoption of the international style in the megacities of the "Asian tigers," nerve centers of the global economy, is symbolic of an urban development superficially tuned to the "global" rather than the local.
By equating the evolution of architectural forms in Southeast Asia to a transfer, mainly from West to East, this approach evades the complexity of the formation of the architectural landscape of Southeast Asia. This issue of ABEproposes to focus on the development of "syncretic" architectures of Southeast Asia by precisely tracing the circulation of techniques and architectural forms through a contextual approach. Local, regional, global have not followed each other sequentially - such a model presupposes the existence of a local, "original," culture. Instead, these three levels of traffic have coexisted in the past. Far from simple sedimentary layers laid down over time, the production of Southeast Asian architecture has been multiscalar, rhizomic and a longue durée phenomenon. For this reason, the concept of "returns" is a particularly useful one for analyzing both "colonial" and "traditional" motifs that appear in contemporary architecture.
When rethinking the local and the global in Southeast Asian architecture, we must move beyond the binary oppositions between the vernacular and the foreign, the colonial and the post-colonial, and the modern and the traditional, while still exploring how actors used such categories dynamically. Only in this way can we explain the coexistence of such seemingly contradictory categories.

Art in the City